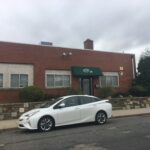 Four Seasons Total Landscaping is raking in the profits after hosting a campaign conference for POTUS Trump. Landscaper, John Bohonyi shares the unlikely story: It all began with a little bit of a mix up.  At least, the public can merely assume that the Trump campaign had initially intended to host a press conference at […]